By: Ben DoranPersonalized healthcare: An overview There is significant interest in companion diagnostics (CDx) throughout the healthcare industry, but for this personalized medicine approach to continue to gain traction, numerous technical and commercial challenges need to be overcome. At Prescient Healthcare Group, our experts who are closely monitoring CDx developments across therapeutic areas have observed four key issues.

Pharmaceutical companies can use a CDx to bring new drugs to market quicker with less expensive clinical trials, while still maintaining significant revenue potential. Payers like the personalized approach offered by a CDx as costs associated with overtreating patients or unnecessary toxicity can be avoided. To benefit from CDx, pharmaceutical companies need a strong understanding of their drugs’ mechanisms of action to select the appropriate biomarker and have a validated assay ready before Phase III so that the CDx can be studied prospectively and launched simultaneously with its companion drug.

Genentech’s Zelboraf (vemurafenib) is the prime example of the biomarker-driven approach. There was a clear rationale from the start of its development as the drug targets a key oncogenic driver (BRAF V600); hence, BRAF wild-type patients who would receive no benefit can be excluded from treatment. Zelboraf took only 4.5 years to progress from IND to FDA approval and it rapidly became the SoC in BRAF mutant metastatic melanoma.

The Zelboraf path, however, is not followed for the majority of products in the pharma pipeline. There is pressure for companies to retroactively implement biomarker strategies. As a result, companies often resort to mining clinical data to an extreme degree. There are also examples of companies trying to salvage the development of products that have limited Phase II data by using the same retrospective approach. The recent failure of the anti-IL-13s in severe asthma is a good example of the risk associated with this strategy: Two drugs entered two large Phase III development programs in a similar timeframe without robust CDx plans and ultimately missed the biomarker-stratified primary endpoints.

It is therefore clear that, for most of the industry, only some of the benefits of developing a CDx will be realized and only after approval. Even then, there can be negative implications associated with a CDx if the relevant target population subsequently becomes more restricted. Furthermore, once the price of a drug has been set for a broad patient population, it is unlikely that increases can be made, even if the greater benefit can be demonstrated in those patients who receive it.

Complementary biomarkers can be useful for differentiation, but developers need to ensure that they do not cause confusion or overly restrict access in the long-term

Although a complementary diagnostic does not select the patients who could respond to therapy, it does aid risk-benefit decision making and thus informs treatment decisions. Currently, there is only one biomarker for which complementary diagnostics are being used: PD-L1. Its use was first approved in 2015; now, there are multiple assays for multiple drugs in multiple indications. This complexity contributes to practical difficulties and confusion when ordering the test, analyzing the results and ultimately making treatment decisions.

The major advantage of a complementary diagnostic is that it can lead to reimbursement, especially outside the US, thus making it a de facto companion diagnostic. Product launches can thus be supported through differentiation and value demonstration, but it also needs to be considered that, in the long term, the total number of eligible patients can be reduced, especially as products move toward earlier lines of therapy.

Interest in personalized healthcare is increasing, but diagnostic developers are not being incentivized to support the commercial success of this overall approach. A key reason is that pharma-diagnostics deal structures are usually fee-for-service, so payer reimbursement and uptake of the CDx are essential to making these tests commercially viable. As the tests are priced at diagnostic rates ($50-200 per test), there are few incentives for diagnostic companies to significantly invest in promotional activities and drive adoption. The generally limited IP protection further adds to the commercial issues, as diagnostic companies generally face competition from laboratory-developed tests within the first two years of launch.

Pharmaceutical companies need CDx to be adopted to gain reimbursement for their high-cost drugs, especially during the launch phase. As a result, some companies are becoming more proactive by engaging in cross-subsidization, education support and promotional activities for their drugs’ respective CDx. This has most notably happened in the EU, but will likely be needed in the US as well.

There are multiple, onerous steps involved in CDx testing: sampling, transportation, assay execution, analysis and reporting back to the physician. To ensure that this process runs smoothly, clinical and scientific education and infrastructure support are needed. Pharmaceutical companies will likely need to play a significant role to identify eligible patients for their drugs.

In oncology, there is an additional challenge, in that a patient may need to undergo multiple tests for the physician to determine which of the numerous approved therapies is most appropriate. Retesting over time may also be needed as many biomarkers are dynamic in nature. To reduce this burden, Foundation Medicine received the FDA approval on November 30, 2017, for FoundationOne CDx, a universal, in vitro diagnostic for multiple therapies1. A new era, therefore, may be emerging, and the “one drug, one test” paradigm will likely face increased scrutiny from payers on the basis of efficiency and cost-effectiveness.

In the future, it is evident that there will be more competition from diagnostic, therapeutic and commercial perspectives, especially in oncology. The best opportunity for companies to ease access will be through seamless diagnostic experiences that accurately and quickly inform physicians of the most appropriate treatment options available to them. 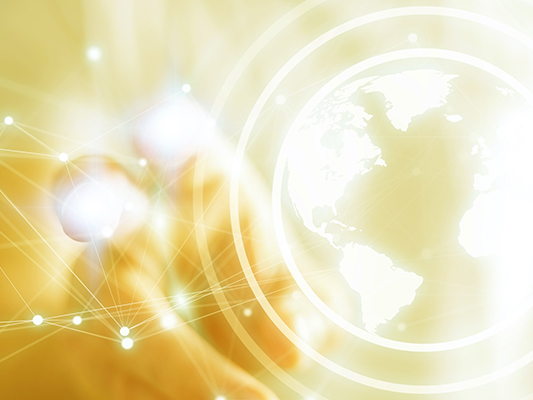 By: Vasiliki Patsioura, MScAccess to cancer therapies is a part of every country’s health policy agenda; it, however, is not…
Read More

Could TMB be a Predictor of Immunotherapy Response in NSCLC?

By: Shweta Srivastava and Anil Sharma Tumor mutational burden (TMB (the number of mutations per megabase of DNA (mut/Mb)) can…
Read More