New Paradigms in the Treatment of Breast Cancer

By: Nick Turner, PhD and Paula Palacios Fernandez, MScBreast cancer is the most common cancer in women with more than 2.1 million new cases diagnosed in 2018. And with more than 600,000 deaths in 2018, it is the second-leading cause of cancer deaths in women worldwide (WHO). Advances have been made across all stages and sub-types of the disease and provide hope for improved treatment options, lower rates of relapse and better survival outcomes. The development of agents against novel molecular targets, including inhibitors of PARP, CDK4/6, PI3K and immune checkpoints, offers treatment options for patients with previously poor prognoses and treatment-resistant disease. We describe some recent  developments below.

Luminal breast cancer represents the majority (~65%) of newly diagnosed cases. It is heavily dependent on estrogen, and approaches that interfere with estrogen production or action have been the mainstays of treatment, either through blocking the estrogen receptor (tamoxifen), depleting estrogen (aromatase inhibitors (AIs) letrozole, anastrozole and exemestane) or degrading the estrogen receptor (fulvestrant). Sequential therapy is the current standard practice, but it may be superseded if clinical trials can show clinically meaningful improvements in progression-free survival (PFS) and overall survival (OS) by combining endocrine therapy with targeted agents.

The first CDK4/6 inhibitor was approved for breast cancer in 2015; since then, two others have been approved. All present similar efficacy but their safety profiles differ, so the choice of agent can be tailored to the patient. Recent findings position them as the standard of care alongside endocrine therapy in first-line or second-line HR+/HER2- ABC, in both pre- and post- menopausal women.

Equally impressive results have been obtained in pre-menopausal women. Compared to endocrine therapy alone, the combination of a CDK inhibitor (ribociclib) and endocrine therapy reduced the risk of disease progression by 45%, improved health-related quality of life and extended PFS by 10 months (mPFS 23.8 months vs. 13.0 months; HR 0.55; MONALEESA-7; ESMO 2018).

Unfortunately, not all patients with HR+ tumors respond to endocrine therapy and HR+ breast cancer frequently develops resistance to first-line anti-hormonal therapies. There is therefore a need for new effective drugs in endocrine-resistant HR+/HER2- ABC.

Combination therapy with CDK inhibitors may provide one option. The PALOMA-3 trial reported clinically meaningful improvements in OS (gain: 6.9 months) with the CDK4/6 inhibitor palbociclib in combination with fulvestrant (mOS 34.9 months vs. 28.0 months on fulvestrant alone; ESMO 2018). A similar gain on PFS has been reported in patients receiving the CDK inhibitor abemaciclib plus fulvestrant (mPFS 16.4 months vs. 9.3 months; HR 0.55; MONARCH-2).

Further options in endocrine-resistant disease (with or without a CDK4/6 inhibitor) arise from the Phase III SOLAR-1 study, which showed that the alpha-specific PI3K inhibitor alpelisib in combination with fulvestrant added 5.3 months of PFS compared to fulvestrant alone (11 months vs. 5.7 months) in patients who carry mutations in PIK3CA (ESMO 2018). A significant clinical benefit was also reported for the combination of HDAC inhibitor chidamide with exemestane (AI), which reduced the risk of disease progression by 25% and extended the PFS by 3.6 months (ESMO 2018).

Changing strategies in HER2+ disease

The treatment of HER2+ breast cancer (~20% of breast cancer cases) was revolutionized by the introduction of Herceptin (trastuzumab) in 1998. Trastuzumab transformed an aggressive, poor-prognosis disease to one in which OS in the metastatic setting has gone from less than 20 months untreated, to nearly 5 years when trastuzumab is combined with the HER2-receptor dimerization inhibitor pertuzumab (CLEOPATRA study: mOS of 56 months with the combination plus docetaxel, vs. 41 months for trastuzumab plus chemotherapy). In the adjuvant setting, 85% of patients treated with trastuzumab plus chemotherapy can expect to still be alive at 10 years (BCIRG-006 study), a truly remarkable advance.

In the adjuvant setting (APHINITY study), although the combination of chemotherapy with trastuzumab plus  pertuzumab met its primary endpoint and received regulatory approval, the principal benefit was seen in node-positive disease, where the rate of invasive disease-free survival (iDFS) was improved by 23% compared to chemotherapy plus trastuzumab (3-year iDFS: 92% vs. 90.2%). Whether this difference is clinically meaningful may only become apparent with prolonged follow-up, assuming the iDFS curves continue to separate over time.

Not all patients respond, though, especially if they have low HER2 expression levels. Relapse also remains a problem. In the trastuzumab-treated relapse patient, the antibody drug conjugate (ADC) trastuzumab emtansine (T-DM1) extended the OS by 6 months compared to the standard of care (31 months vs. 25 months) and has spurred a cottage industry around novel ADCs. These are expected to provide the next advance in therapy for HER2+ disease.

An unanswered question is whether improvements in ADC linker technology and payload delivery can have the same impact on survival in patients with low HER2 expression levels or trastuzumab resistance as we have been seeing with trastuzumab and pertuzumab in metastatic disease. Several novel ADCs have come though Phase I development and have shown manageable safety and encouraging efficacy profiles in metastatic disease. We would expect the next couple of years to reveal whether they have the potential to improve outcomes in low-expression HER2+ breast cancer.

At last: Success in triple-negative disease

Triple-negative breast cancer (ER-/PR-/HER2-; TNBC) represents around 15% of all breast cancer cases. Historically, it is a poor-prognosis form of breast cancer with limited treatment options. Chemotherapy is currently the standard of care, and median survival is approximately 13 months.

Although IMpassion130 met its PFS co-primary endpoint, the headline result (mPFS 7.2 months vs. 5.5 months on nab-paclitaxel alone; HR 0.80, p=0.0025) is somewhat underwhelming, and OS in the total patient population failed to hit statistical significance. In patients with PD-L1 expression on 1% or more of their tumor-infiltrating inflammatory cells (TILs), however, the almost 10-month survival advantage in favor of the atezolizumab plus chemotherapy arm is unprecedented in TNBC (mOS of 25 months vs. 15.5 months, HR 0.62; 2-year OS of 54% vs. 37%). We expect the OS endpoint to be met at the second interim analysis (80% maturity), which could occur before the end of the year and would allow statistical analysis of the PD-L1 result. Regulatory approval in 2019 is anticipated on the PFS signal.

So what about immunotherapy in ABC?

Immune checkpoint inhibitor (ICI) development in breast cancer has lagged behind development in other indications due to the existence of effective endocrine and anti-HER2 therapies. Nevertheless, there is evidence that TILs promote better responses and improve clinical outcomes in breast cancer. Moreover, the antibody-dependent cell cytotoxicity (ADCC) killing mechanism of trastuzumab in ABC supports the potential of immunotherapy in HER2+ breast cancer. Several trials are ongoing that will provide definitive answers. In TNBC, however, the efficacy of immunotherapy in combination with chemotherapy is established by the IMpassion130 trial, and is set to become the new standard of care in this setting.

There have been significant advances in the treatment of breast cancer over the last decade that are changing the treatment paradigm. Although survival in the major subtypes of ABC has improved with combination therapies, the best hope for treatment with curative intent and long-term survival lies in earlier diagnosis and biomarker-led tailored therapy. 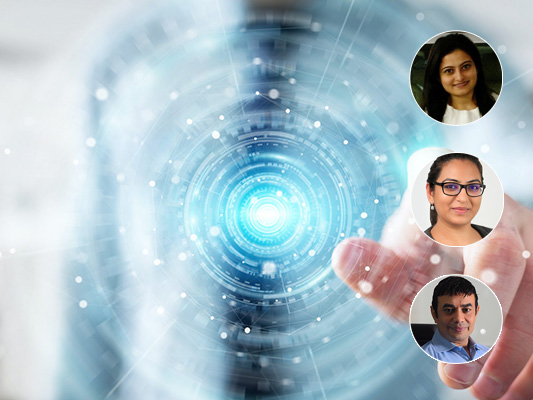 COVID-19: Current Impact of the Pandemic on Pharmaceutical Companies

The impact of COVID-19 on clinical and regulatory affairs, manufacturing and supply chains, and stakeholder engagements has slowed the ever-growing…
Read More 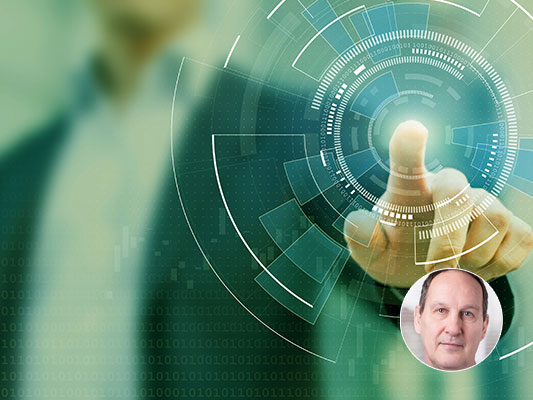 In our previous blog, COVID’s impact on the Pharma industry, we highlighted the major macroeconomic factors that are shaping a…
Read More