The Chinese regulatory landscape is very different compared to that of the rest of the world. Can businesses bridge the gap between the East and West? 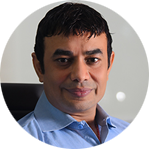 Imagining the global pharmaceutical industry as a Venn diagram, China and the rest of the world seem to occupy two circles with barely a sliver of common territory. Companies in each side look at those in the other, not only conscious of the potential that lies across the divide, but in many ways also wondering what they need to change within themselves to take advantage of that potential. Each side has a set of values or approaches that they may need to abandon in order to succeed. Therefore, it is important to ask: What lessons can we learn from looking at the companies in that sliver of crossover?

Manufacturing center of the world?

Unlocking China’s secrets is not just about overcoming cultural reticence; China’s approach to data sharing is very different from that of the West. In the US, for example, data are highly regulated and are centralized; China, by contrast, has much greater variance, with data spread across a number of local and national authorities.

China’s tendency for decentralization has muddied processes such as drug approval, but this is beginning to shift: Prior to 2015, receiving approval for the Phase I clinical trial of a new drug could take 20 months or longer thanks to a shortage of the CFDA staff, which has created a backlog of cases, as well as prioritization being given to domestic generics manufacturers. With the technical review committee expanding from 150 to over 1,000 members, this backlog is now being tackled, but the approval process is still by no means standardized or predictable.

Does the addition of  the CFDA staff mean that the approval timeline in China is now comparable to that in the US? Not quite: After the policy reforms of 2015, the approval process for generics in China is expected to take 180-210 days, but the review process can still extend to 13-15 months in some cases.

In China, uncertainty remains a significant hurdle for pharmaceutical companies with regards to launch and marketing timelines, and this uncertainty is more pronounced for multinational companies than it is for domestic manufacturers.

Chinese authorities have a stated aim of raising the quality of generics produced locally to meet international standards. To this regard, they have drafted the 70/30 policy. The policy incentivizes greater use of generics throughout the country by ensuring drug procurement through a public tender operated and organized by provincial or municipal government authorities. Tenders are usually conducted annually; public hospitals can only purchase pharmaceuticals that have won the bid in the centralized tender process. The winner secures up to 70% of the market in major cities, leaving competitors to divide the remaining 30% between them.

The interest in opportunities goes two ways, with China looking at the West and considering that what it is capable of offering may answer the needs of the rest of the world.

We previously noted that generics companies from India have better access to APIs in China; other manufacturers around the world may follow suit, as APIs are the one area within the pharmaceutical industry in which China can claim dominance. China is also looking at the West’s medical device market and seeing opportunities that fall squarely in its comfort zone of manufacturing at high speeds and low costs. While HCPs in the West are keen to utilize China’s low-cost, high-quality manufacturing, those in China desire Western R&D expertise. Both sides see potential markets in each other and are exploring ways to deepen relationships.

Prescient has had a local office in Beijing, China, for several years, plus a number of native Chinese team members engaged in procuring intelligence in the real world, facilitating the kind of primary research that is essential for pharmaceutical companies looking to tap into the Chinese market. The lack of a language barrier is crucial to understanding subtleties in the pharmaceutical industry, such as which journals have the most credibility. While English is the lingua franca of businesses in the West, the ability to communicate in English is considered less valuable in the Chinese business community. A fluency in English may be almost a given for highly educated business leaders in Germany, India or North America; this is not so in China.

A reliance on Mandarin, rather than English, has an ongoing impact on business operations in China. Significantly fewer people work in Chinese companies’ CI teams, which means that these teams need to make the case for their importance and existence. Information-gathering techniques, such as cold calling, are not easy in China, partly due to hesitancy in disclosing information and partly the siloed nature of such information. Getting a full picture often requires the triangulation of information through multiple independent sources.

For any pharmaceutical company hoping to succeed in China, local representation is unavoidable: Businesses must build relationships with the local population to obtain a realistic picture of the industry landscape, the forces shaping it and how individual players are reacting to unfolding events. Having lived in China for a year, my experience is that local expertise is indispensable: When even insiders are treated with caution, outsiders must accept that, even with the best intentions, their understanding of key factors necessary for success will be severely proscribed. 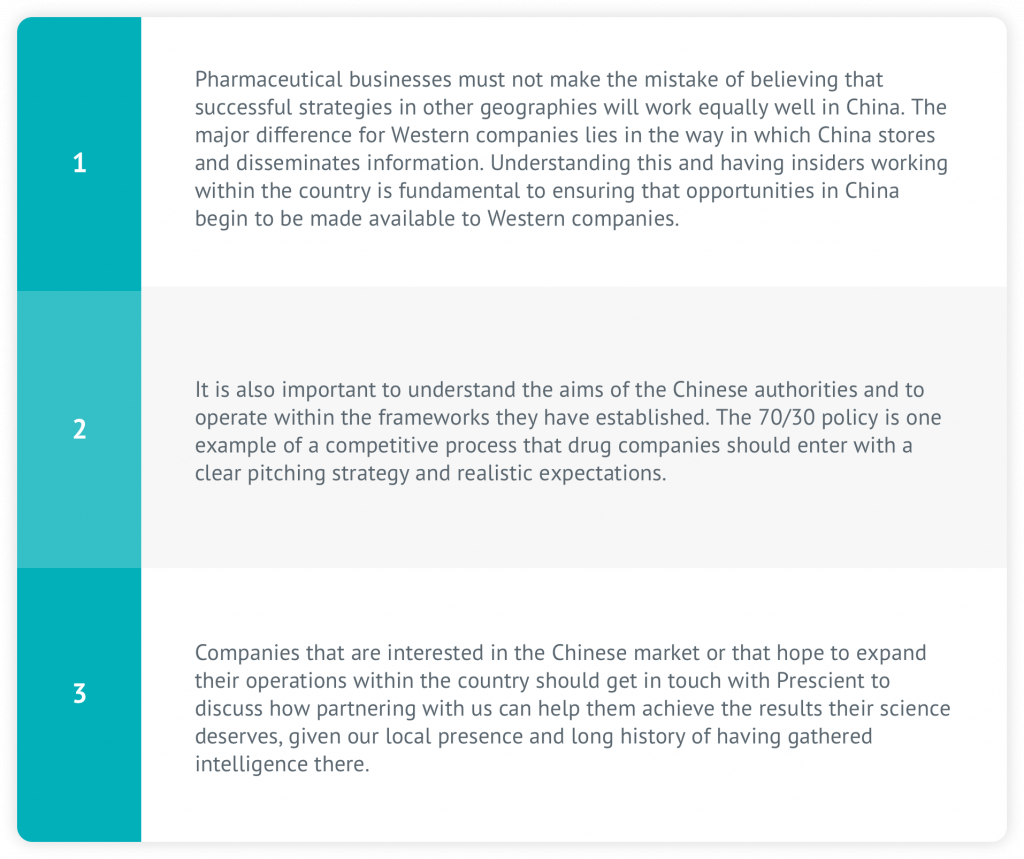