In the second of two blogs, Dr. Nick Turner looks at long-term challeges presented by Brexit. 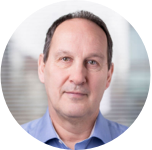 Read part 1 of this blog post on the changes imposed by COVID-19 here.

In Dr. Nick Turner’s previous blog post, he discussed how COVID-19 has dramatically changed the business landscape for UK biopharma, which has not only had to respond to the pandemic as all global biopharma companies have, but has also been faced with the long-term challenges presented by Brexit. In his second blog post, Nick looks at how the UK biopharma industry will have to navigate this unique challenge.

To adapt to the new environment, UK-domiciled biopharma companies must:

Although the UK-EU trade deal allows for tariff-free and quota-free trade in goods, non-tariff barriers will now apply to medicinal products manufactured in the UK for marketing in the EU. Third-country rules will add complexity and additional costs associated with complying with legal responsibilities, while complying with EU import rules on medicines may result in disruptions and delays along the supply chain and will have the potential to become politicized, adding another dimension to an already volatile environment.

The change in status of the UK to that of “a third country” puts it outside the EU’s regulatory system.

This has consequences for UK companies holding or seeking marketing authorizations in the EU and on regulations controlling the import of medicinal products into the EU, including on batch release and labeling. Furthermore, medicinal products shipped into the EU from the UK will also be subject to controls and procedures related to customs duties, VAT and, potentially, rules of origin.

At a fundamental level, for small- and mid-sized biopharma companies domiciled in the UK, the greatest impact of the change in status is the requirement for marketing authorizations for the EU or EEA markets to be held by a competent legal entity located in the EU (source). Similarly, any new drug application for marketing authorizations made by applicants domiciled in the UK will have to be filed through a competent legal entity in the EU.

UK biopharma companies intending to conduct business in the EU will have to decide on the most appropriate corporate structure for operations in the EU.

Large pharma companies may simply transfer marketing authorization to their EU subsidiaries; however, for UK-domiciled small- to mid-sized biopharma companies, the change in the UK’s status could have significant ramifications.

In practice, a UK-domiciled entity must establish a subsidiary, branch or place of business in the EEA or have a contractual relationship with a third party established in the EEA that would hold the market authorization and be the legal entity for marketing the product in the EEA. This is not simply a brass plaque exercise, as all relevant regulatory and pharmacovigilance activities will have to be transferred to that entity. The qualified authority or person responsible for pharmacovigilance must also reside and carry out pharmacovigilance tasks in an EU member state. EU law also requires pharmaceutical companies to have a “qualified person” (i.e., employee(s) or consultant(s)) located in the EU to oversee all manufacturing and marketing activities, including product information and labeling, conducted in the EU. UK companies will also have to set up arrangements for batch testing and product launches in the EU.

It seems likely that this will mean corporate functions overseeing regulatory processes and related activities will have to be duplicated in both the UK and the EU.

In the long run, strategic decisions will be dictated by the alignment of future investments with the greatest commercial return. This may force commercial-stage companies to establish regulatory-competent subsidiaries and manufacturing and distribution capacity in the EU, creating a significant financial burden for small- to mid-sized UK biopharma companies, or to strike licensing agreements for product commercialization in the EU.

The EU’s mutual recognition agreements, which facilitate market access for medicinal products in multiple international jurisdictions, also no longer apply to the UK.

Although the UK has signed a number of agreements that roll over those the EU has with key countries, including Australia, New Zealand, Switzerland, the US, Israel and Japan, the lack of broad mutual recognition agreements will add an additional near-term barrier to gaining market access in other key markets.

One of the few positives in the UK-EU trade deal is that it allows for mutual recognition of GMP standards.

Although the UK-EU trade deal allows for tariff- and quota-free trade in goods, considerable non-tariff barriers will apply.

Medicinal products shipped from the UK to the EU are subject to procedures and controls in terms of non-fiscal (batch release) and fiscal (customs duties, origin, VAT) requirements. The agreement on mutual recognition of GMP between the EU and UK differs from those struck with other third-country authorities (Australia, Canada, Israel, Japan, New Zealand, Switzerland and the US; source) in that it excludes a waiver on batch testing and release certification of medicines on import into the EU (source). This means each batch of finished product imported into the EU from the UK will have to undergo a full qualitative and quantitative analysis of all the active substances and be certified by a qualified person in the EU before being released for marketing there.

Moreover, restrictions on batch release together with other non-tariff barriers could result in significant delays in supply chain operations.

A major concern is that the UK-EU trade agreement does not provide mutual recognition of batch testing and release certification. At best, this means UK biopharma companies will have to arrange third-party qualified person services in an EU member state for batch testing and certification; however, in practice limited capacity and increased competition for third-party certification could result in or exacerbate medicine shortages in the near term. Looking ahead, it is likely that companies will have to duplicate batch testing, certification and release hubs in the EU and UK for drugs intended for both markets. Depending on volumes, this may push small and mid-sized biopharma companies into contracting manufacturing to a CMO in an EU member state.

Similarly, third-country biopharma companies using in-house or contract manufacturing in the UK as a gateway for marketing in the EU will have to evaluate whether the non-tariff barriers present a sufficient obstacle to efficient supply chains to shift manufacturing to an EU member state. Further, distributors based in the EU that market drugs from UK-based companies will turn from EU distributors into importers. EU requirements for importers will then apply, with attendant changes to legal responsibilities and non-tariff barriers.

Moving forward, we would hope to see mutual recognition of batch testing and release certification between the EU and UK, as is the case with other EU medicines agreements; however, given the political environment, this scenario is far from certain.

Manufacturers will also have to review whether their suppliers are compliant with the EU manufacturing standards and rules of origin or source APIs from suppliers in the EU.

The UK will accept importation of active substances without a written confirmation of GMP compliance from the EEA, the US, Japan, Korea, Brazil, Australia, Israel, Switzerland and Northern Ireland; however, written confirmations certifying that the standards of GMP applicable to the API manufacturing plant are at least equivalent to those laid down in the EU will be needed for the export of active substances to the EEA (source).

Moreover, the majority of global APIs are sourced from India or China, raising a broader question as to whether third-country rules of origin apply to APIs used in the manufacture of drugs for export from the UK into the EU or EEA. This could have major implications on the future of API sourcing.

The Regulatory Environment Has Also Changed

Regulation of marketing authorizations in the UK will shift to the MHRA.

In the short term, the risk of delays to new drug approvals in the UK has been defused.

For a two-year period beginning January 01, 2021, the MHRA can rely on decisions taken by the EC on new marketing authorizations made through the centralized EC Decision Reliance Procedure (ECDRP). The MHRA can also rely on marketing authorizations approved through decentralized and mutual recognition procedures (the MRDC Reliance Procedure or MRDCRP).

This is how it works:

An applicant can effectively apply to the MHRA for marketing authorization in parallel with its EMA application or wait for a positive CHMP opinion and apply for approval in Great Britain via the ECDRP. In practice, this means there should be minimal new hurdles for gaining regulatory access in the UK market, and companies submitting to the EMA during this two-year period could consider this a parallel submission for market authorization in the UK.

The UK will separate from the ECDRP at the end of 2023.

Once the two-year window closes, it is unlikely that the EU will allow the UK to piggy-back on its marketing authorizations. It is reasonable to assume, therefore, that manufacturers seeking approval in the UK after December 31, 2023, will have to follow the new MHRA regulatory process.

While the regulatory process that will then come into play is being established, the MHRA is intent on designing pathways to speed up UK authorization.

Conducting Clinical Trials in the UK

Historically, the UK has been the EU’s major hub for clinical trials; we see no reason for this to change post-Brexit. The MHRA’s guidance indicates that clinical trials should be registered on existing and established international registers, such as the ISRCTN Registry or ClinicalTrials.gov, or, for trials involving both the UK and the EU, on the EU Clinical Trials Register. Summary results should be published in the public register(s) where the clinical trial is registered within one year of the end of the trial (six months for pediatric trials) (source). At a practical level, sponsors of the UK clinical trials that import investigational medicinal products (IMPs) into Great Britain from outside the UK will need to review their supply chains. Where the product is sourced from a country on the “approved country for import” list, this will include a UK manufacturing and import authorization holder putting in place an assurance system to check that these IMPs have been certified by a qualified person in a listed country before release to trial sites.

There has been speculation that, post-Brexit, companies will prioritize EMA approval, leading to longer wait times for the introduction of new medicines in the UK.

While it is possible the UK could join Canada and Australia as a third-tier pharma market, we think this underestimates the position of the UK as a top-10 global market, the strength of its domestic industry, the position of the MHRA and NICE as agencies with global influence, and the NHS as a potential unique source of real-world evidence (RWE) allied to the UK’s world-leading genomics capabilities and clinical trials expertise. This could position the UK as a global leader in the generation of RWE and personalized medicine that could underpin innovation and regulatory assessments.

Ideally, maintaining close regulatory alignment with the EMA could enable marketing applications to the MHRA and EMA to effectively proceed in parallel. The complexity of negotiations on pricing and reimbursement with individual member states adds an additional hurdle that can significantly delay market entry in the EU. In our opinion, if closer integration of the MHRA and NICE can speed the process of regulatory approval and health technology assessments and lead to greater and faster uptake, the UK can continue to be a first-tier pharmaceutical market.